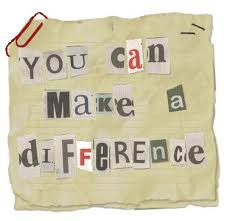 In 2005, I was living in Dallas when Hurricane Katrina hit the United States. My recollection of this natural disaster and encounters with the victims and volunteers days after the disaster are forever burned in memory. As a volunteer for the American Red Cross, I responded to their call for help. I went to the Dallas Convention Center after work to assist with the “intake” of people who had been placed on buses from the Dome in New Orleans.

The people on the buses thought they were taking a two-hour drive to a shelter. However, due to the thousands of evacuees and the enormity of the aftermath, they were turned away because the shelter was full. Each time they stopped at a new shelter, they were told there was no room. Water and snacks were given to the evacuees as they were placed back on the school buses. This continued for the next 48 hours. Once the evacuees arrived in Dallas, they were completely exhausted and their emotions were high.

I along with 50 plus volunteers were charged with “intake”. We had set up a long row of tables with chairs on both sides and roped off an area to manage the lines of people. After the evacuees had been on the buses for so long, the last thing we wanted was for them to wait hours in lines to be processed. We anxiously waited for the buses to arrive.

I was nervous, not knowing what to expect. I remember every person that I met that night and the experiences they shared. The third evacuee I met was not originally sitting at my station. He was at the table to the left of me. The volunteer next to me was trying to get information from him and he was extremely agitated. The more she asked questions the angrier and louder he became. I could tell the woman was becoming distressed. I leaned over and asked her if she would like to trade seats. She looked relieved and said yes. I do not know why, but I decided that I did not want to sit across from this man. I did not want a table between us. I scooted the table and positioned my chair next to him. I am about 5”1’ and he was at least 6”2’. I gently placed my hand over his, turned the paperwork over so not to be distracted and said, sir, I am here to listen, what you would like to say.

He sat there, shaking his head back and forth and stated – I do not know if I made the right decision. I lost my girls. I do not know where they are, how they are, whom they are with. Then he began to raise his voice again and said – they wouldn’t let me on the bus with my girls. He said, I tried to explain that they did not have a mother and I was their only parent. But, they wouldn’t listen. They said the bus were only for women and children. They were evacuating women and children first. I was told that the girls could stay with me but they could not guarantee there would be another bus soon. If I wanted my daughters out of the Dome, they would have to get on the bus NOW. He then said, that there was a women standing near him and she told him she would watch the girls for him until he got to the shelter. So, he let his girls go with the stranger. He exclaimed, that was two days ago, I have no idea where they are! The more he spoke the louder his voice became.

I stood up, placed my hand on his shoulder, bent down and asked him to look at me as I spoke. I looked into his eyes, lowered my voice so he would have to concentrate to hear me and told him that I could never understand the anguish he was feeling but that I knew that he didn’t want to be mad, that he was just scared and that it was okay to be scared. I told him that I couldn’t make him any promises about finding his children, but that I would ensure he would be in contact with the person who could help him find his little girls. But in order for me to help him, I needed some information from him first. Immediately his eyes began to swell with tears and he began to sob. The pressure, strain, lack of sleep, and stress of the last 4 days finally broke him. I placed my arms around him and allowed him to sob onto my shoulder. Actually, I think we were both crying. I never saw him again after he I placed in contact with the group of volunteers responsible for reconnecting families. I will never forget the rawness and depth of his pain and the helplessness in his eyes.

For the next few hours, I stayed in front of the table sitting side-by-side with the evacuees trying to comfort them as they shared their stories. A woman who had been stranded on her roof for almost 24 hours while 6 months pregnant and holding on to her toddler daughter afraid if she let go – her daughter would fall into the water and drown. An elderly man who only had one shoe and it was falling apart. He lost everything and was so dazed and confused that the only comfort he had was the brown bag given to him with a snack and water. He held on to the tattered bag for dear life – it was his only possession. These are samples of the many personal stories I heard and witnessed that day.

Around 4:00am while getting a quick snack and water in the volunteer area, I met another volunteer. We both looked at each other exhausted physically and emotionally. He said, wow, what a night. I nodded confirming his statement. He then asked me if I would not mind praying with him. So, we stood there holding hands and prayed. Even though I continued to work in the shelter for the next three days, I never saw the people I met my first night. Nonetheless, this experience reaffirmed my faith in humanity. Volunteers came from all over the Dallas Fort Worth area, young and old, different economic backgrounds and ethnicities. They came together to find out how they could SERVE others.

For the next sixty days, I remained active volunteering at my churches own Katrina Relief Ministry. I cannot be sure if I made any significant impact on anyone’s lives. However, I am positive my experiences with the evacuees made an impact on mine. I have been an active volunteer for over 30 years. My experiences as a volunteer have shaped who I am as a parent, daughter, grandparent, sister, friend and employer. I appreciate others and their many talents and opportunities. Not long after the Katrina Hurricane, I had an opportunity to work at a non-profit organization full time. I feel privileged that I am able to SERVE those in need daily.